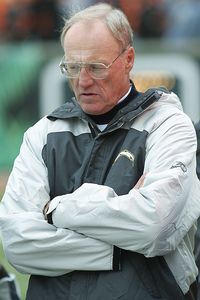 According to this blog post, former NFL head coach Brian Billick was very interested in the Bills vacant head coaching spot—filled yesterday by Chan Gailey—but the Bills showed no interest in him. Marty Schottenheimer has said the same thing.

In Marty’s case it’s interesting in that he and Bills’ GM Buddy Nix are good friends, who have spoken since Nix took over and the search for a head coach was on (just not in regards to his being a candidate for the head coaching job.)

What’s most baffling is that the Bills did not even grant these fellas an interview. Seriously, Bills??? They say they have the guy they wanted all along. Again, we will only know if they start adding up some ‘W’s.