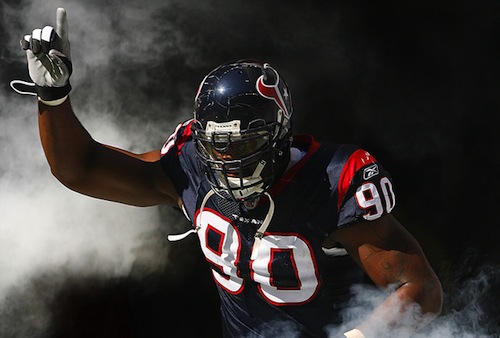 If you follow sports, you know that Buffalo is more often the butt of a joke rather than a real “player” in whichever sport is being discussed.

Whether that’s deserved, or not, that’s usually how it goes.

They do bring it on themselves. Neither the Buffalo Bills, nor the Buffalo Sabres have won the championships for their leagues. (Note: The Buffalo Bills were two-time, back-to-back AFL Champs in ’64 & ’65, before the league merged with the NFL. But usually that doesn’t “count”.)

Year after year they seem to lose the good players they already have (Drury & Briere?, Most every Buffalo Bill?), allow potential “big name” free agents and draft choices to slip through their fingers, and then of course there’s the matter of wins and losses; playoff appearances and lack thereof.

Somehow Buffalo fans endure the endless hardships, and continue to support their teams more than most pro sports fans around the country.

But last year, something changed.

I wrote about the apparent change, even though it was still developing at that point. It all started with the Sabres being purchased by not just a billionaire with deep pockets, they were purchased by a Sabres’ fan. The way he began to run the team, on and off the ice, really started to change the way people felt about at least one of the Buffalo sports teams.

Could we finally have a real chance at a championship?

In the first season of free agency, the Sabres went out and pursued the most coveted player (Brad Richards), and though they came up just short there, they managed to sign Christian Erhoff, who was the top defenseman available. And not only did they sign him, they made him quite wealthy, to boot!

Very unlike a Buffalo sports team…

So, expectations were very high at the beginning of the season.

Then came the 2011 Buffalo Bills. In their second year of the most recent rebuild, they got off to a nice 2-0 start, and really got on everyone’s radar with a stunning 21-point comeback win over the despised New England Patriots! Heads turned, and wins even kept coming. After two losses by just 3 points each, the Bills were at 6-2, coming off a dominant, shut-out victory over the Redskins. But, unknown at the time, their QB was injured (broken ribs), and that injury was just adding to a somewhat unbelievable steadily growing list.

The Bills were not just injured (ridiculous number of players out for the year on IR), they were dealing with injuries to really key players: starting center (and most of the rest of the offensive line, actually), Pro Bowl DT Kyle Williams (the heart of the defense), and Fred Jackson, who was having an MVP-type season through seven games or so. The players try to minimize the impact injuries have on wins and losses, but it’s really undeniable that the 2011 season was greatly impacted by the amount and significance of the players lost, as well as the length of time they were out.

Strangely, the Sabres—despite the high pre-season hopes—have dealt with very similar issues. Nearly every player on the team has missed many games this season. Even the coach missed a few games due to injury! And as a result, the Sabres are fighting to make the playoffs, despite a roster loaded with “potential”.

But this week, there’s been another apparent change in the direction and attitude of the Buffalo sports teams.

You’ve probably heard that Mario Williams was flown into Buffalo at the very start of free agency (4pm Tuesday March 13th). He is a former number one overall draft pick. He’s the most sought after free agent, at least as defensive players go. (Peyton Manning is also a free agent this year!) And he was going to cost BY FAR the most money of any free agent signing.

And the Bills not only brought him in… they kept him here. For three days!

Today at 1:45pm, the Bills will announce that they have signed him to a mega-huge contract.

What?! The Buffalo Bills???

Not sure what’s going on, but the scene has changed here somewhat. The Sabres have deep (bottomless) pockets with their new owner, and they’re not afraid to use them. And so, they are contenders. (At least on paper?) And apparently, thanks to cap room, and building through the draft the previous two years, the Bills are willing to go out and hire the now highest paid player in the league. Yes! The BILLS!

Who knows what else will happen this offseason, but so far, the Bills are different. They managed to re-sign a bunch of guys that they could have lost to free agency, Stevie Johnson being the biggest name on that list. Now they signed Mario Williams, who could be the best pass rusher we’ve seen here since Bruce Smith. They are still going to bring in one or two more free agents, likely with at least somewhat recognizable names, and then there’s the draft. (In which the Bills pick 10th, and have multiple picks in some rounds.)

If the beginning of last year (when we had our full roster of players) is any indication, the additions they are making seem to put the Bills into real contention for that ever-elusive league championship!

Perhaps that’s a bit of a jump… but perhaps not!

It is indeed a very interesting time to be a Buffalo sports fan!